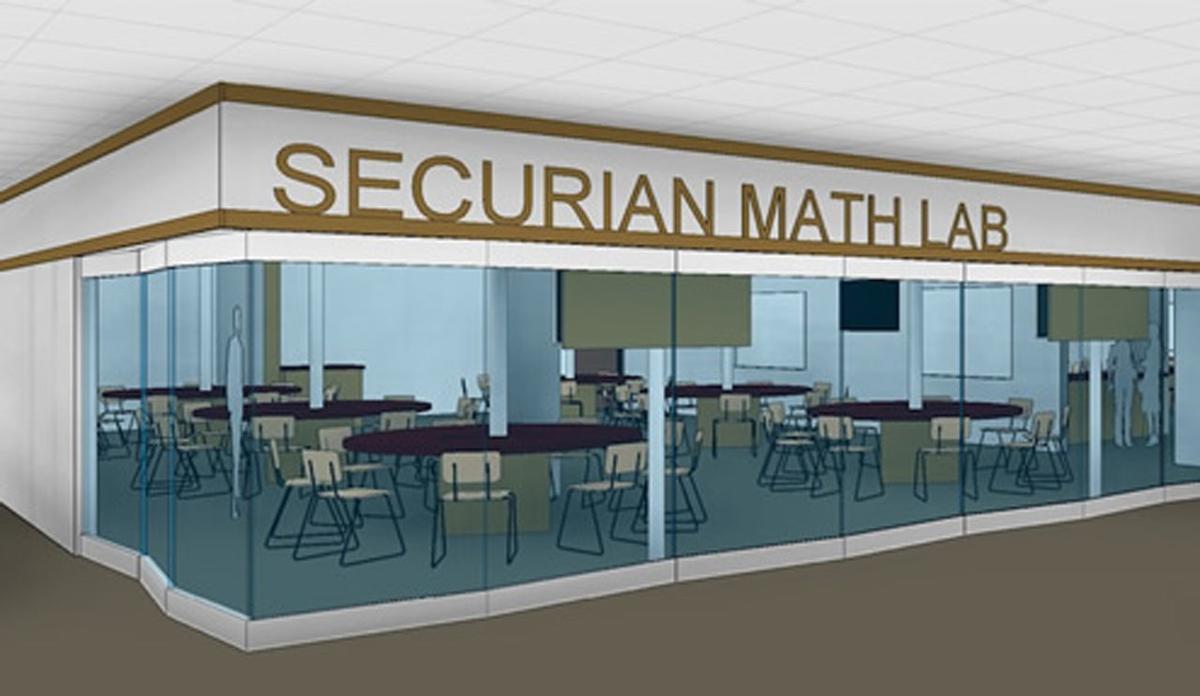 A $750,000 gift from the Securian Financial Group is funding expansion of the Math Learning Lab.

A $750,000 gift from the Securian Financial Group is funding expansion of the Math Learning Lab, doubling its capacity from 60 to 120 students. The donation was made in honor of Bob Senkler, a 1974 UMD graduate and Securian’s recently retired CEO.

The Learning Commons has become the Securian Learning Commons, and the new Securian Math Learning Lab space (seen through glass windows on the second floor of the library) will be used for math courses as well as for general student use during evenings and weekends.

In addition to being entirely donor funded, the project reuses components installed earlier in the Learning Commons, such as doors, office windows, ceiling speakers, mechanical systems, as well as office furniture and electronic equipment.

"Tremendous effort was made ensuring the project is both sustainable and fiscally responsible," said Library Director Matt Rosendahl.

Construction crews are completing the finishing touches to the new space now. A dedication of the Securian Learning Commons will take place later in fall semester 2016. Watch for details to be announced.