This project has a narrow scope and two precise goals. The scope is limited to identifying facts about the origin and development of two laws. The first goal is to record the facts about the conception and writing of two initial Minnesota environmental laws by questioning nine important participants who were central to the laws’ construction and passage. The second goal is making the interviews readily available. The two foundational laws protecting the environment in Minnesota are the Minnesota Environmental Policy Act (MEPA) and the Minnesota Environmental Rights Act (MERA). Both passed the legislature with bipartisan support in the early 1970s, a time when problems of pollution and environmental degradation were capturing attention nationwide.

ORAL HISTORIAN: Stephanie Hemphill, an environmental reporter who recently retired from MPR, is a freelance writer based in Duluth and co-founder of Agate, an online magazine focused on the environment and people of Minnesota and the surrounding Great Lakes region.

TRANSCRIBER: Susan Taylor, a free-lance professional oral history transcriber who has worked for many years in this specialty. 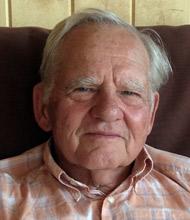 Charles K. Dayton received a bachelor's degree from Dartmouth College in 1961 and completed law school at the University of Michigan in 1964. He was legal director of the Minnesota Public Interest Research Group (MPIRG) in 1971-1973. He formed his own law firm with John Herman, representing MPIRG, the North Star Chapter of the Sierra Club, and other non-profit organizations. Dayton played a key role in legal battles to protect the Boundary Waters Canoe Area Wilderness. He continues to advise environmental groups, particularly the Minnesota Center for Environmental Advocacy. 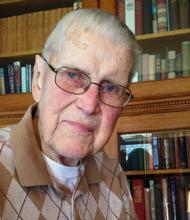 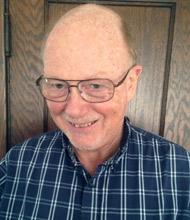 Gregg Downing grew up in St. Louis Park and received a bachelor’s degree and a master’s in civil engineering with environmental emphasis from the University of Minnesota. He worked at the Minnesota Pollution Control Agency in water quality planning, and then moved to the Environmental Quality Board in 1982. During the rest of his career at the EQB he supervised environmental reviews for countless projects. He helped state agencies and local governments perform reviews in compliance with state rules, and assisted private citizens with concerns about projects, advising them on how to participate in the review process. 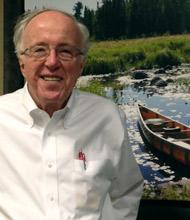 Richard Flint grew up in Duluth, graduated from UMD in 1957, and received his law degree from Northwestern University. As a young attorney at the Gray Plant Mooty firm, he helped write and lobby for the Minnesota Environmental Rights Act in 1971. He was also instrumental in passage of the Minnesota Wild and Scenic Rivers Act in 1973 and the federal Wilderness Act of 1978. He was an early leader of several organizations including the North Star Chapter of the Sierra Club and Friends of the Boundary Waters Wilderness. His more than 40 years of legal practice have mostly focused on business law. 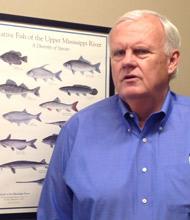 Peter Gove graduated from Princeton University in 1970 and the Stanford University Executive MBA program in 1988. He cut his teeth on the environment and politics with the Wendell Anderson administration, serving in administrative and advisory roles, including a stint as executive director of the Minnesota Pollution Control Agency and as a founding member of the Environmental Quality Board. He founded the non-profit group Friends of the Mississippi River, and currently serves on many organization boards. He was an executive with Control Data and St. Jude Medical before retiring in 2005. 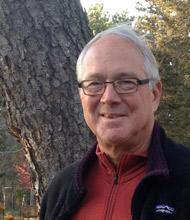 John Herman grew up in Akron, Ohio. He received a BA from Yale and a law degree from Harvard. He moved to Minnesota to work with the Minnesota Public Interest Research Group in the early 1970s, when he worked to achieve passage of many environmental measures, including the Minnesota Environmental Policy Act, the power plant siting act, provisions for mine land reclamation and mineral rights. He was involved in creation of the Metropolitan Open Space System, Tettegouche State Park, and other preservation projects. More recently he has practiced real estate and development law, specializing in regulatory approval and financing of large-scale redevelopment projects. 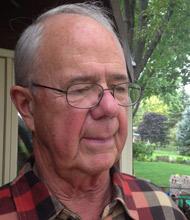 Grant Merritt grew up in Duluth; he received a BA, MA, and law degree from the University of Minnesota. In the late 1960s he became concerned about Reserve Mining Company’s tailings disposal in Lake Superior, a concern that propelled him into DFL politics and work with the non-profit group Minnesota Environmental Control Citizens Association. From 1971 to 1975 he served as executive director of the Minnesota Pollution Control Agency under Governor Wendell Anderson. In that role he advocated for passage of the Minnesota Environmental Rights Act. He continues to practice law. 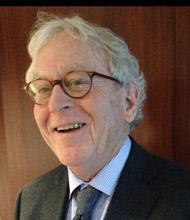 Byron Starns grew up in Georgia and Florida. He received a BA from Duke University and a law degree from the University of Chicago. He began his legal career in 1969 at the Minnesota Attorney General’s Office, ultimately serving as the state’s chief deputy attorney general. He helped litigate the case that set the standard for interpretation of the Minnesota Environmental Rights Act, Bryson v. Freeborn, and worked on the state portion of the landmark Reserve Mining case. In Powderly v. Erickson, Starns helped establish that the Minnesota Environmental Policy Act protects man-made structures as well as environmental resources. He joined Stinson Leonard Street in 1979 and continues to represent clients in environmental disputes. 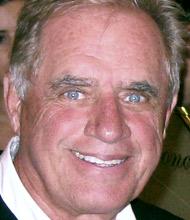 Ron Way grew up in Alexandria, Minnesota; he received his BA from the University of North Dakota. After a career in journalism he went to Washington, D.C. to work as a legislative aide to Wisconsin Sen. Gaylord Nelson, working on river protection and other environmental issues. He moved back to Minnesota to help set up the Minnesota Environmental Quality Board under Gov. Wendell Anderson. Later he worked at the U.S. Department of the Interior's division of Fish, Wildlife and Parks. He currently runs a business in the medical device field.