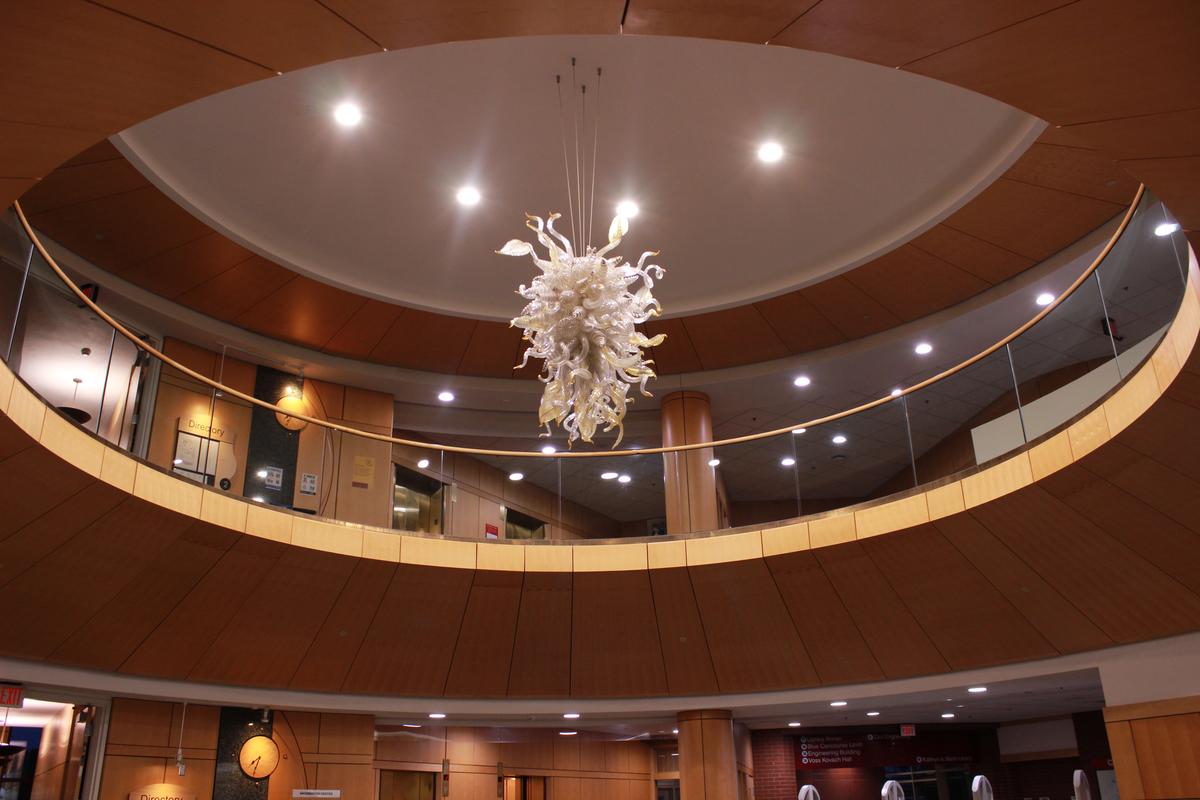 A normal afternoon on campus quickly turned into a nightmare in this shocking account.

It was a normal day on the University of Minnesota Duluth campus, things were fairly quiet and handfuls of students were scattered throughout. Everything seemed right in the world, or at least that was the case until that eventful afternoon when a tour guide accidentally summoned something not of this world.

Student tour guide, Carra Mackey, said she was “going about her normal tour routine” with a group of attentive and eager prospective students and their families. When she got to the Kathryn A. Martin Library with the group she said “things just seemed fine, at least until I brought the group into the library.” 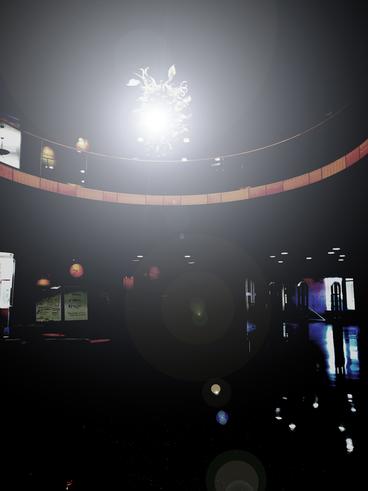 Mackey was standing in what is known as the “echo circle”, the area just under the Chihuly glass sculpture. She said “I was just demonstrating how much your voice carries in that space, it’s kind of a fun thing about the library.”  In an instant, however, everything changed. She said “all of a sudden the lights began to flicker and everyone could feel this rumble...or the ground shake. It was really scary, and I think everyone was just too scared to move.” Mackey said “all of a sudden this giant burst of light came from above everyone’s heads, and we could hear this really strange noise coming from above our heads.”

Paul Hanson, the Circulation Desk Supervisor said “I still really can’t believe it. We, myself and some other circulation desk staff, heard and saw all this commotion. When everything was finally quiet there was this large creature just standing there, under the Chihuly.” He also added “you know, we suspected this might happen at some point. That echo circle, it can be really dangerous if you aren’t careful.”

A team of library staff were able to send the creature back to its own dimension. Library Director, Matt Rosendahl commented and said, “I’m glad no one was injured.” He also added that “sometimes these things happen. We really have a great library team and we have plans in place to deal with these types of situations, so we were able to respond quickly.”

Patrons on the 3rd and 4th Floors were not disturbed, though records do indicate complaints at the time of a patron eating potato chips at an inappropriate decibel.

Questions about this story can be directed to: Chelsey Miller | [email protected]