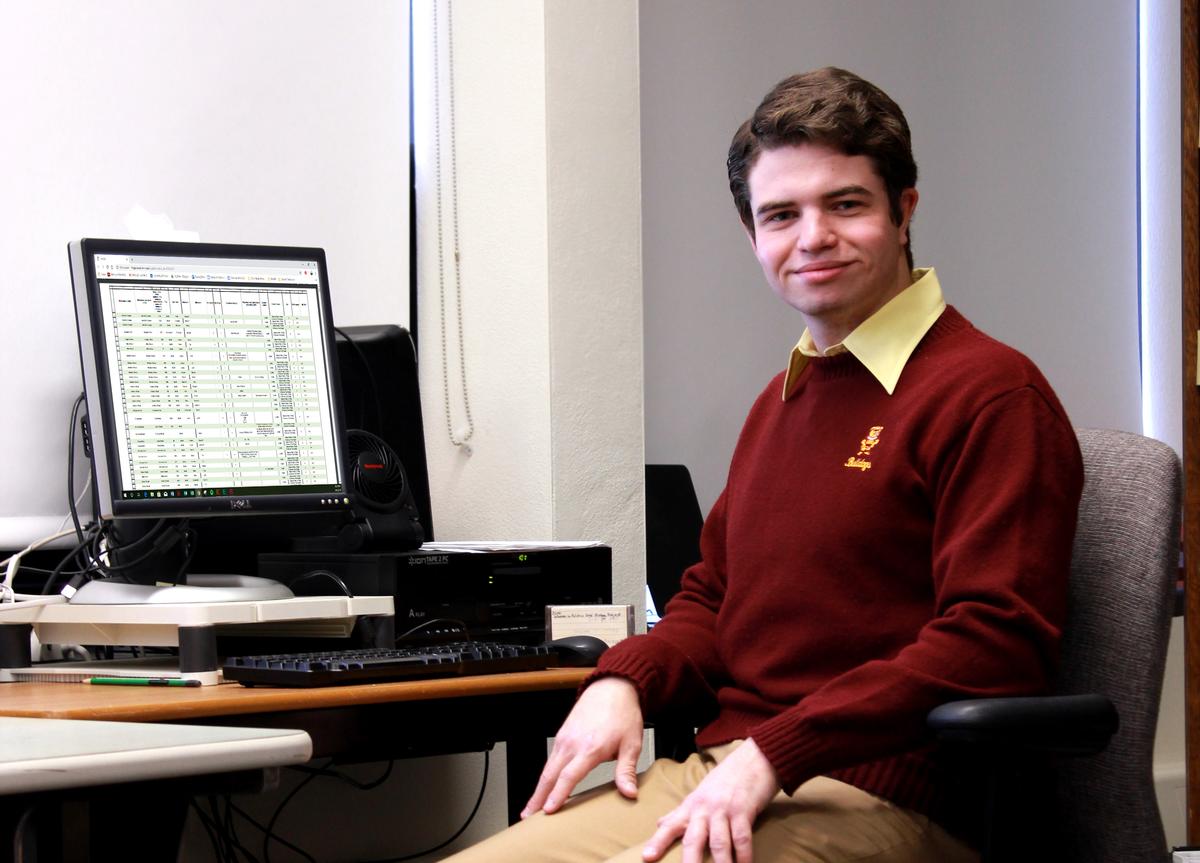 UMD student Tucker Nelson, a native of Eveleth, Minnesota, is a History major with a minor in Geography, as well as a Museum Studies Certificate. He also works as a student assistant in the Kathryn A. Martin Library Archives.  Tucker began his academic studies at Carleton College in Northfield, Minnesota, but found that it wasn’t suited to his needs so he returned to his home region of Northeast Minnesota to attend UMD. Not long after he began at UMD, Tucker noticed an opening in 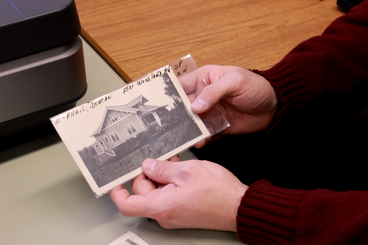 the Library Archives and knew that, for him, it was a no-brainer to apply for the student position. He had an interest in history and had worked at Carleton College’s Archives in a similar capacity and said, “I knew working in the dining hall just wasn’t my thing, and knew I’d enjoy working in the archives more.”

In working in the library archives here at UMD, Tucker has done something rather monumental: he has compiled a list of over 2,500 addresses of Duluth homes and corresponding photographs, held by the archives, dating between the 1870s to the 1980s. This new resource includes 7,514 prints and negatives for 2,880 houses, most of which are east of Lake Avenue in Duluth. These photos are from several archival collections, but the largest group is a subset of the General Historic

Photograph Collection that presumably came from Duluth real estate agent Kenneth S. Cant. Tucker said, “many of the photographs are from the 1960s and the Archives doesn’t have  many photos from that time period.” The backs of the prints often have descriptions of the property, including the size of the lot, the number and types of rooms, etc.. Tucker said “one of our most frequently asked questions in the Archives is, ‘do you have a picture of my house?’.”

The records of each home are very thorough, and many photographs were taken when the homes were new. Tucker said, “most of the homes are still standing and being occupied, but there are many which are no longer standing.”  The archives hopes that the combination of the index and the library guide on researching home history will serve as a resource for people researching information on a specific home in Duluth. Most of the photos in the index are from the General Historical Photographs collection which is on permanent loan from the St. Louis County Historical Society.

Tucker isn’t finished in the archives, however. He plans to graduate in the Spring of 2020. Since completing his House Photography Index project, he has moved on to some other projects (among his regular duties) which include digitizing cassette tapes, and indexing a few other photo collections from the 50’s, 60’s and 70’s, specifically a lot of industrial photography. He said “It’s really neat sorting through the industrial photos. Being from the Iron Range I know where a lot of the places are, so I can identify the content of the photographs.”

Archivist Aimee Brown said “Tucker has been a wonderful asset to the Library and Archives. He has done so much for us already; we really enjoy having him here.” Once Tucker graduates he plans to continue pursuing his history and archival work. He said “I would like to stay in northeastern Minnesota if possible, but I am trying to keep my options open because I know there aren’t a lot of museum-related jobs in the area.” Tucker is also very active in his home community of Eveleth, where he volunteers for the Eveleth Heritage Committee. He primarily manages the Heritage Committee’s social media and website, but helps out in any other way he is able. He said one of this favorite things about managing the social media is that “there are often older community members who post on our Facebook page who share their memories of local history and those are really enjoyable to read.”

You can find the Housing Index link below, as well as a link to information on how you can research housing history.

Researching the History of a House or Building in Duluth