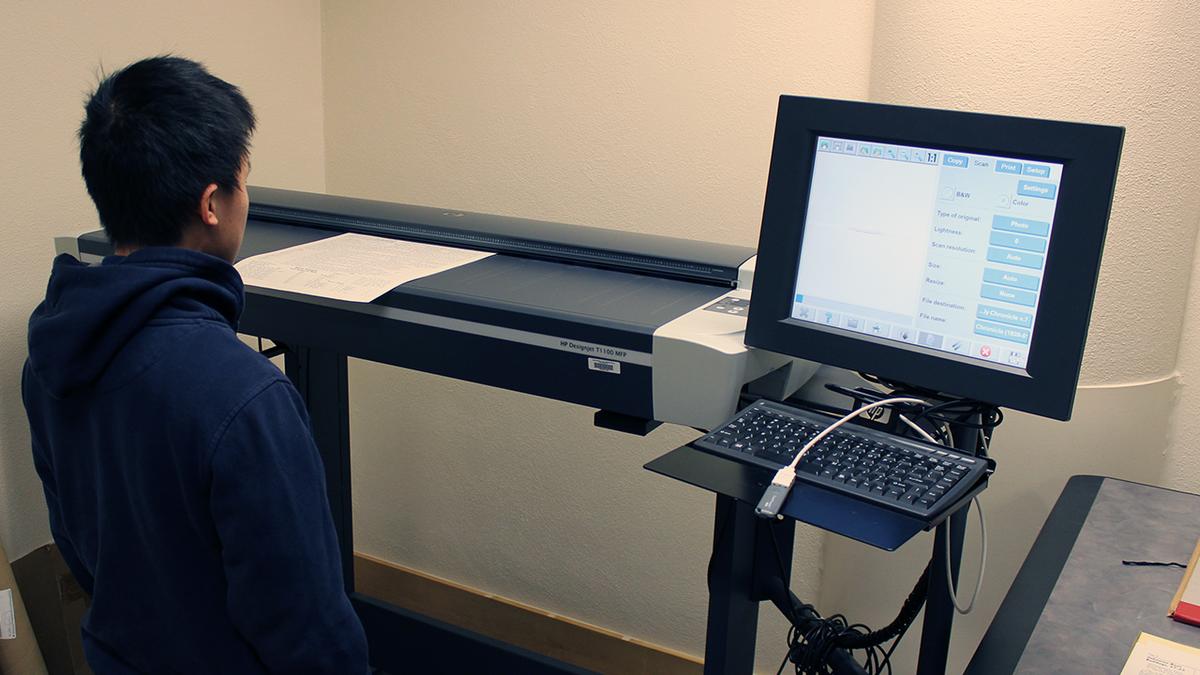 You will likely know it as The Bark, but UMD’s student-run news organization goes way back…to the 1930s. Now, 88 years’ worth of student-run journalism is available through the institutional repository, University Digital Conservancy (UDC).

The Kathryn A. Martin Library began the process of digitization in the fall of 2010 with the Statesman, whose first issue dates to February of 1947. In the fall of 2019 the other student newspapers, News Sheet, Fortnightly Chronicle, and The Bark, began being digitized as well. These newspapers were selected as an initial digitization project because of their popularity as an archival resource, the fact that they were written by students, and the importance of preserving them and making them more widely accessible. In the age of digital access, the Library has worked to make important pieces of history available by digitizing items such as newspapers.

The Library has digitized every issue of each title that the Archives holds and made them available in the UDC. Between the News Sheet, the Fortnightly Chronicle, the Statesman, and The Bark the number of issues available totals 2,174.

A breakdown of each newspaper’s lifespan:

While issues of The Bark are available through 2019, the library is working on developing a process for adding additional issues as they are published in the future. Hard copies of the newspapers are also available in the Library from the 1950s onward, with older issues held by the Archives.

The digitization of the student newspapers took 10 years, and over 20 student workers were integral to the project. In the fall semester of 2019 alone, student workers spent over 385 hours scanning, applying OCR (optical character recognition) to, editing, and quality checking over 820 issues.

Digital Services staff member Laura Vavrosky said she enjoyed working on this project as she was able to see what things were important to UMD students through the decades. She said, “Some things change, like buildings, majors, and clothing styles, and some things stay the same, like outrage over fees and tuition costs and an awareness of and desire to help those in need around the country and world.”

The newspapers are snapshots of not only UMD’s history but also regional and family history. Their contents illustrate changes in trends whether it was clothing styles, student interests, political trends, advertising, world issues, and more.

To access the issues online, users can visit the Archives Collection in the University Digital Conservancy (UDC).